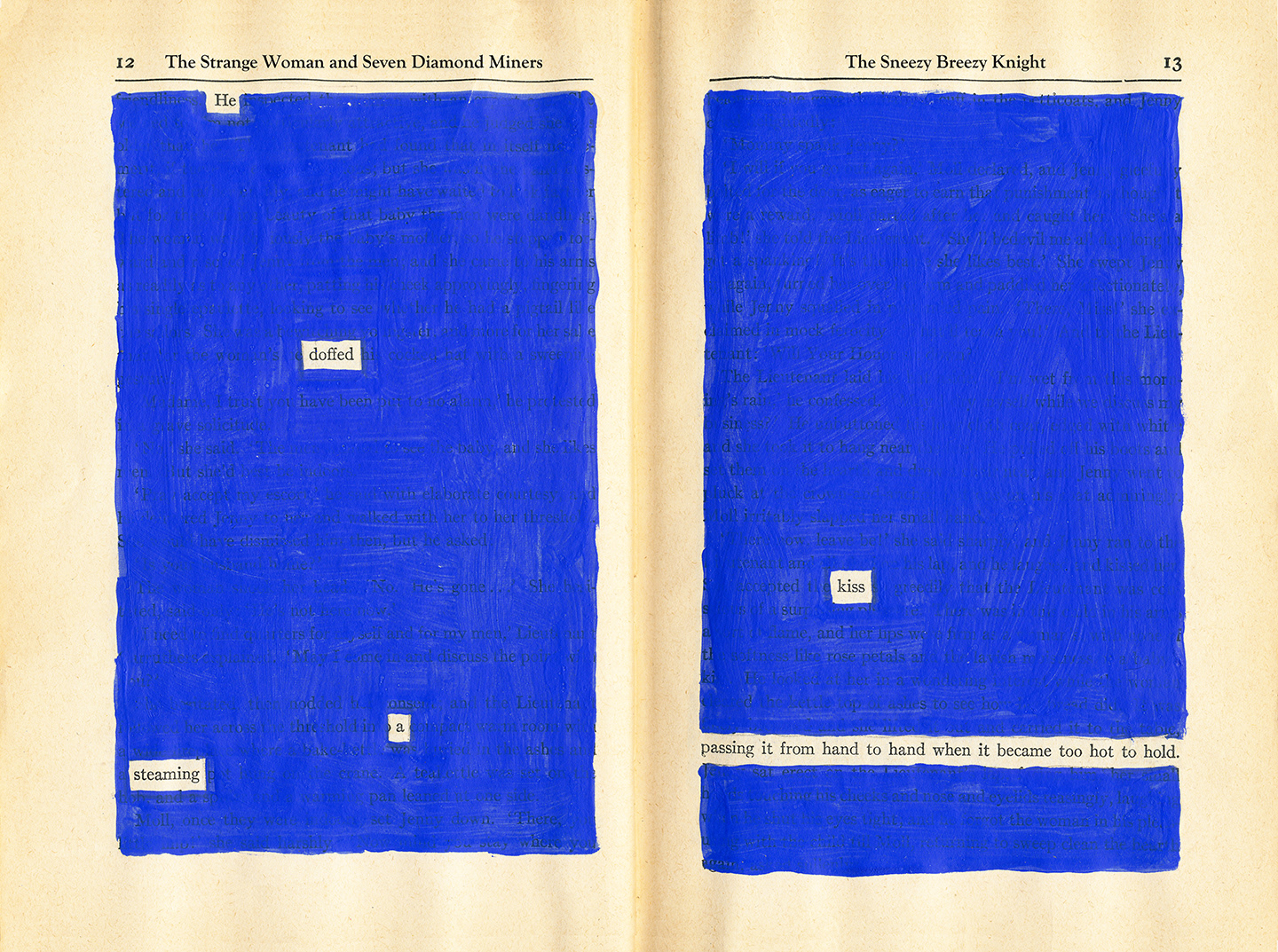 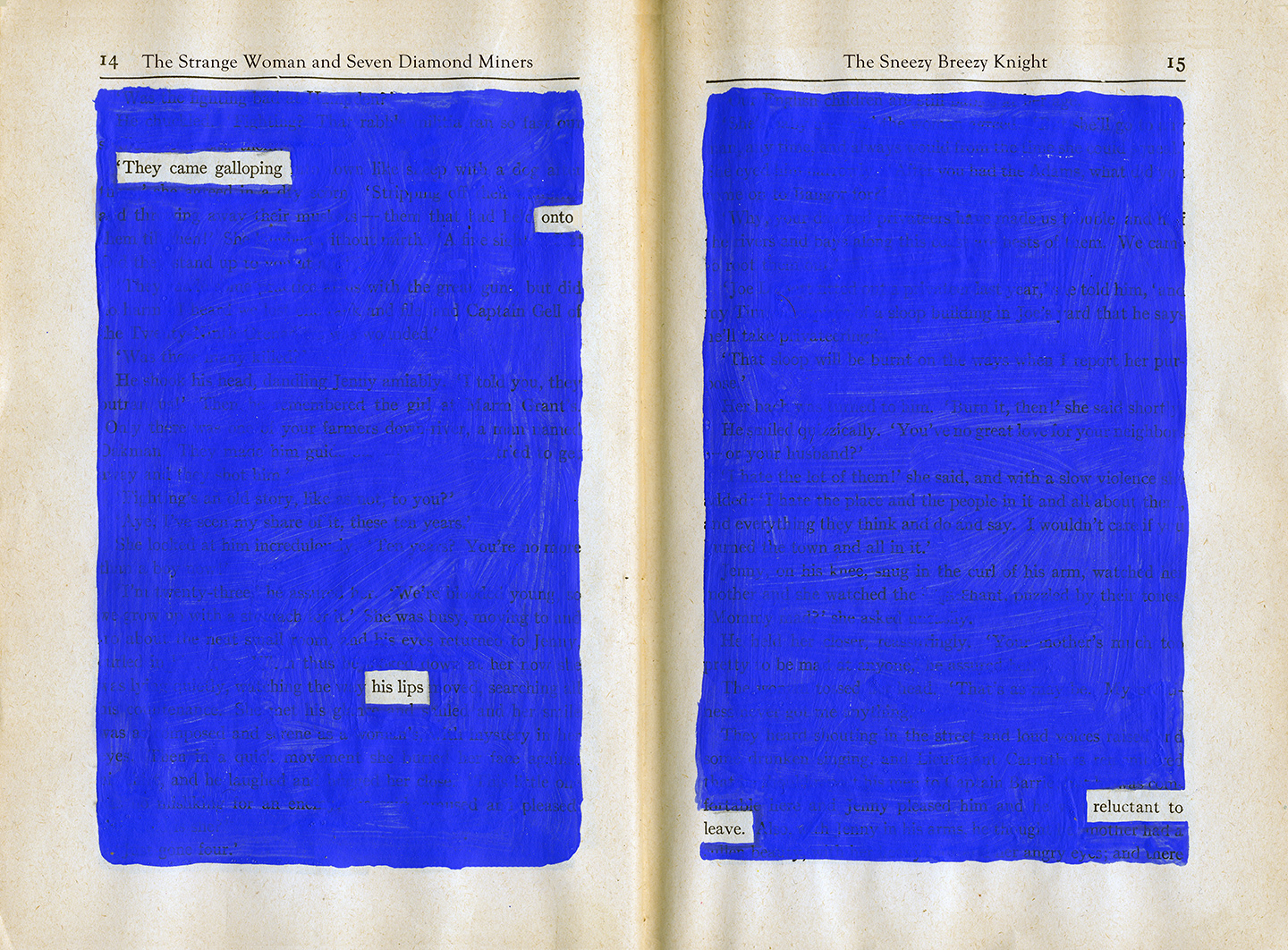 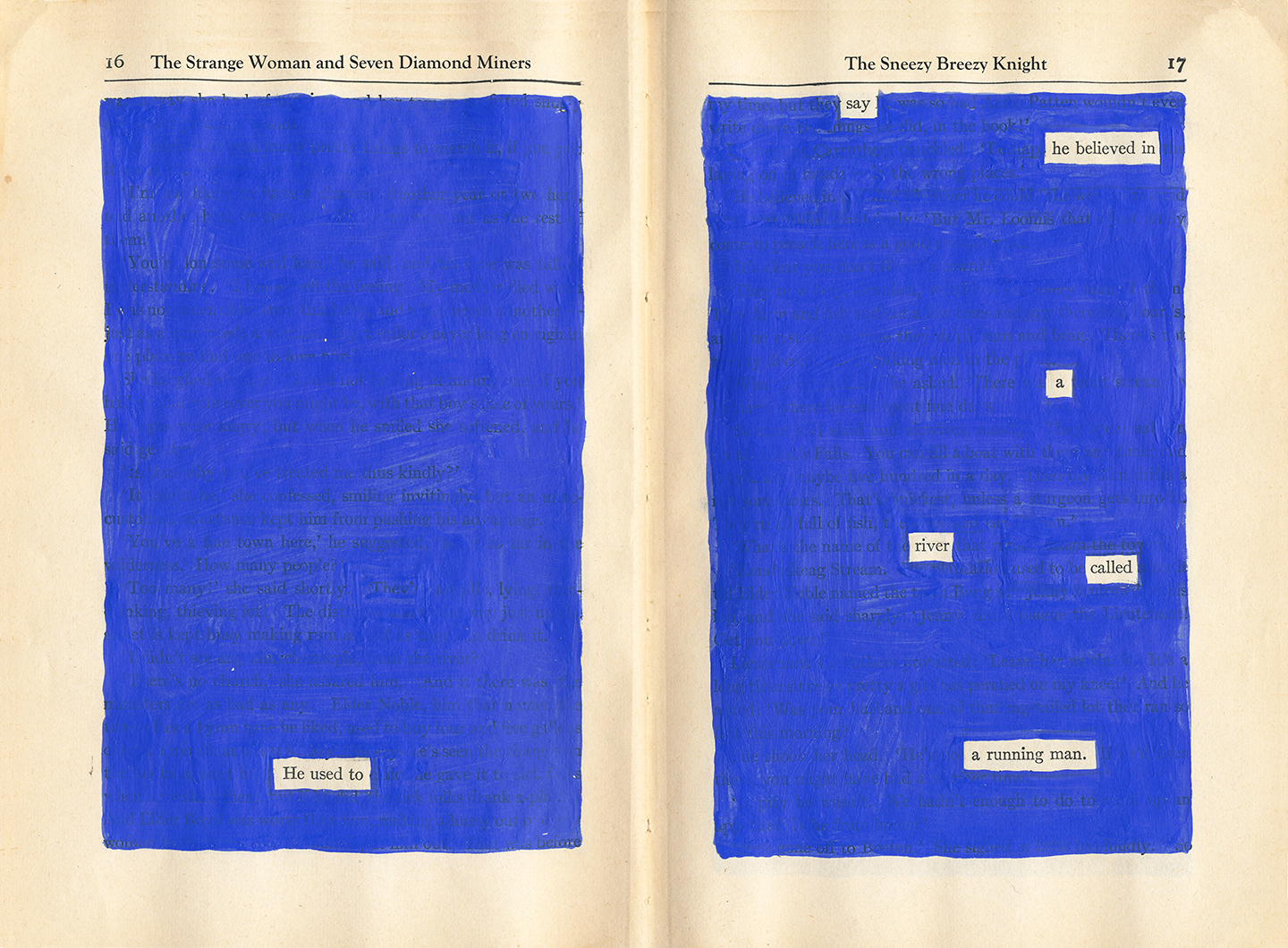 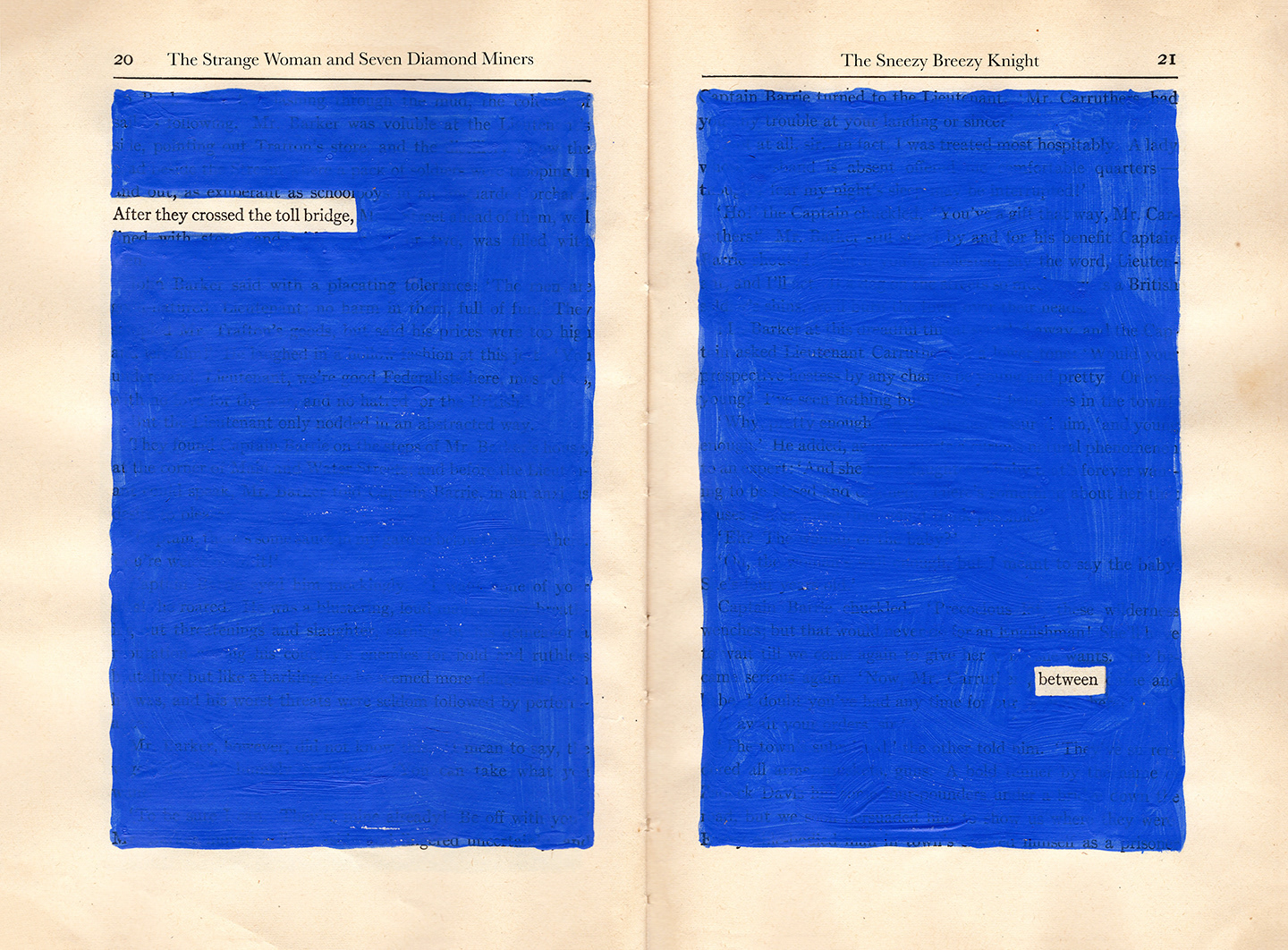 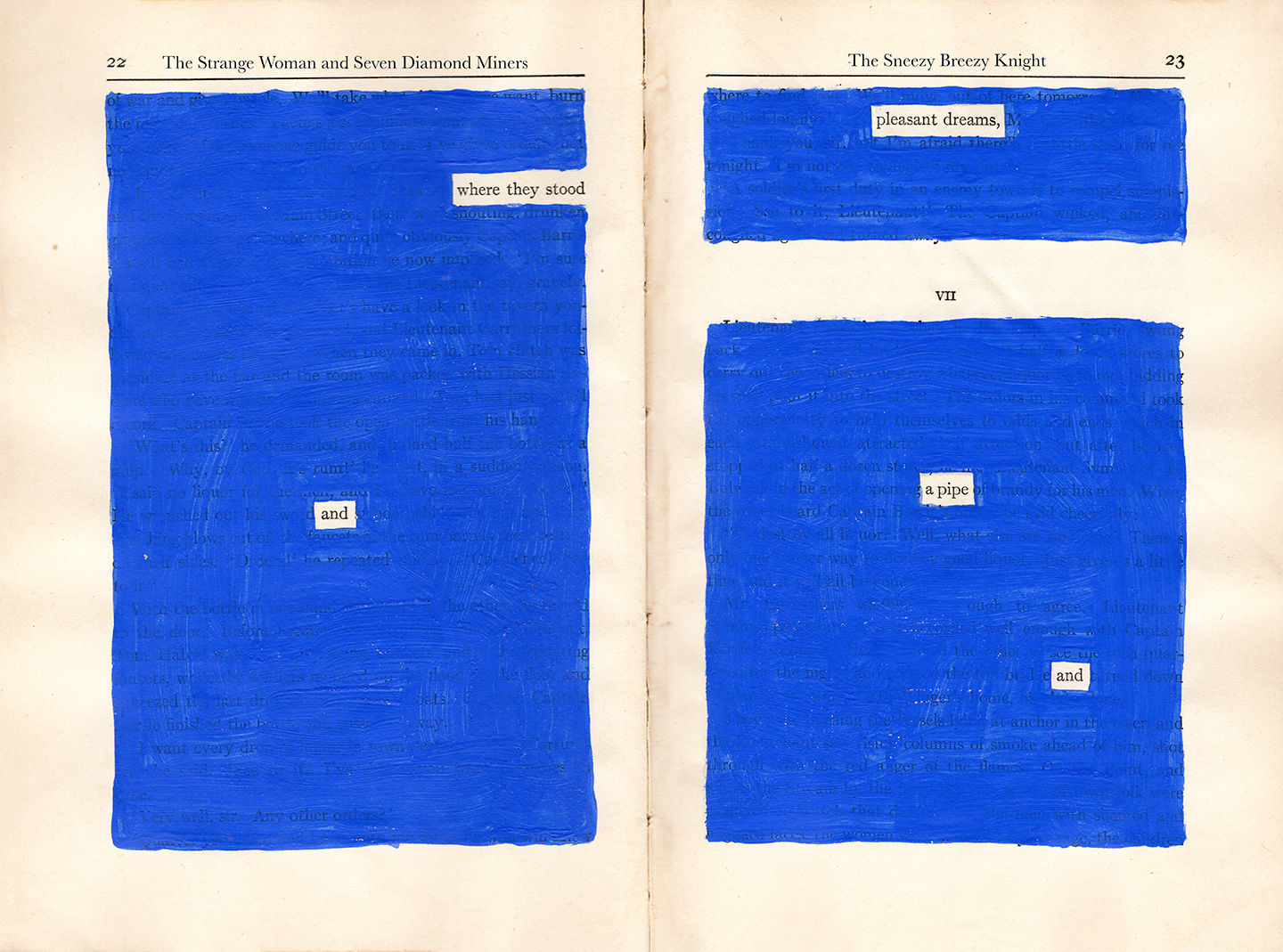 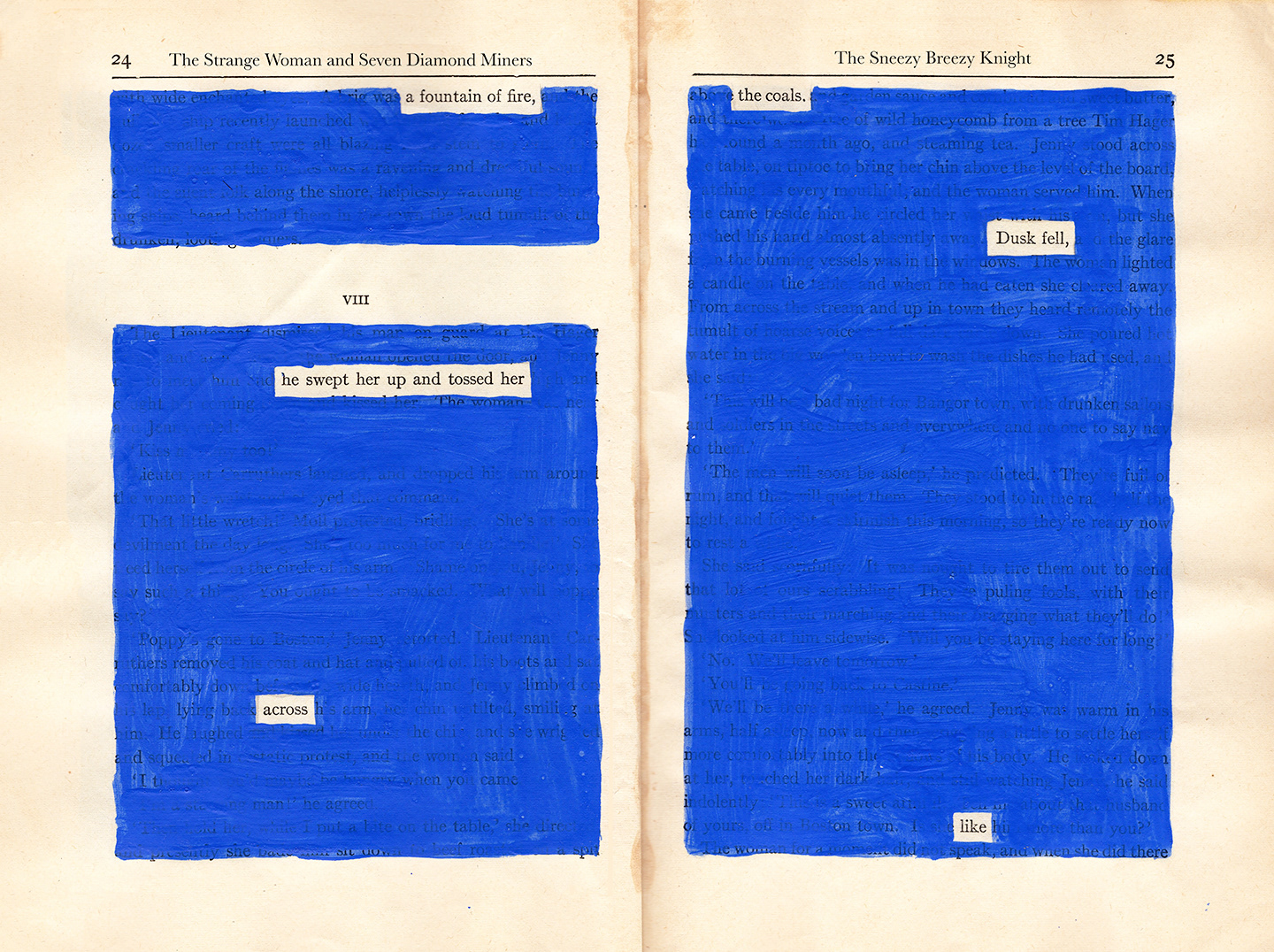 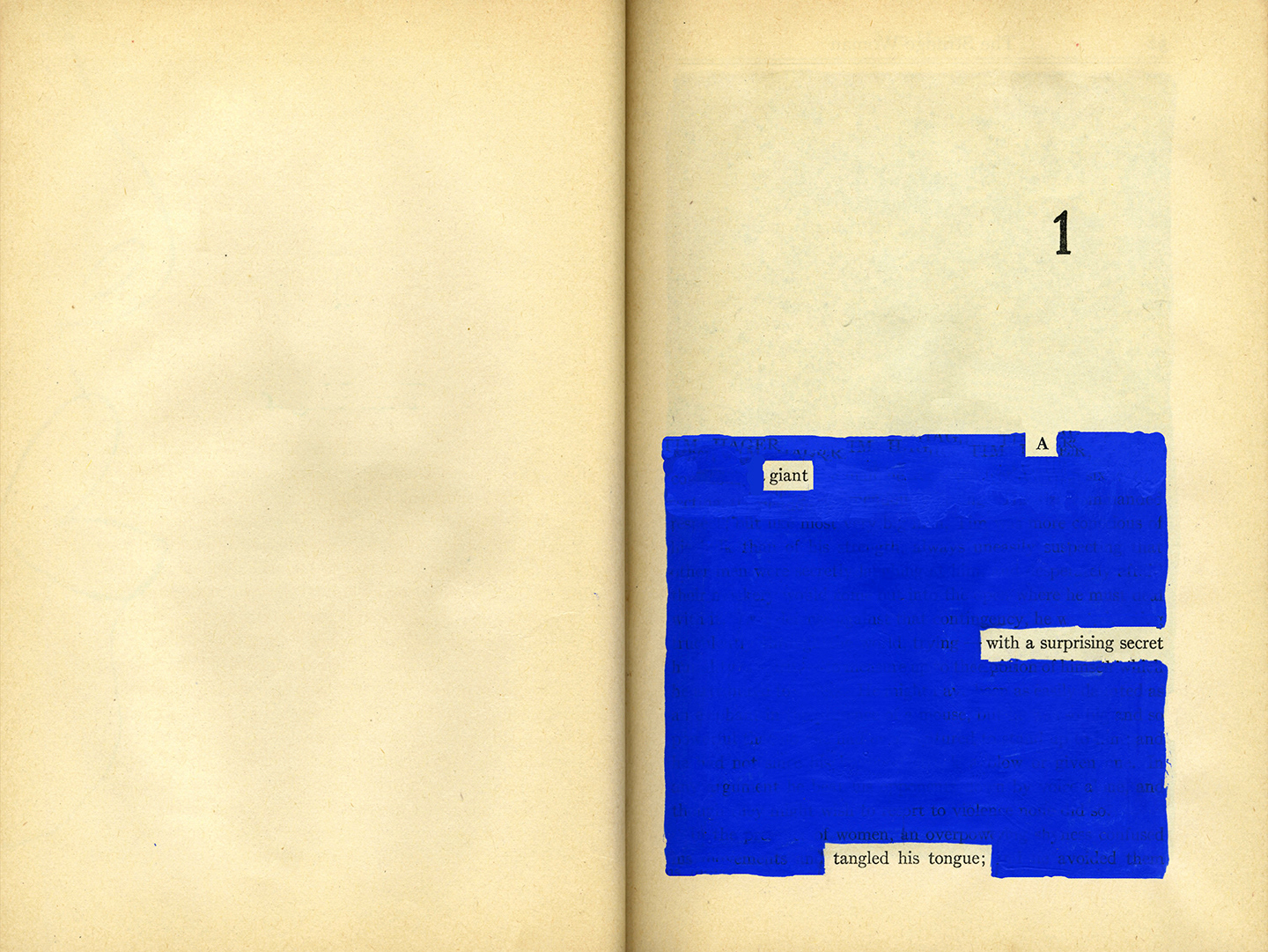 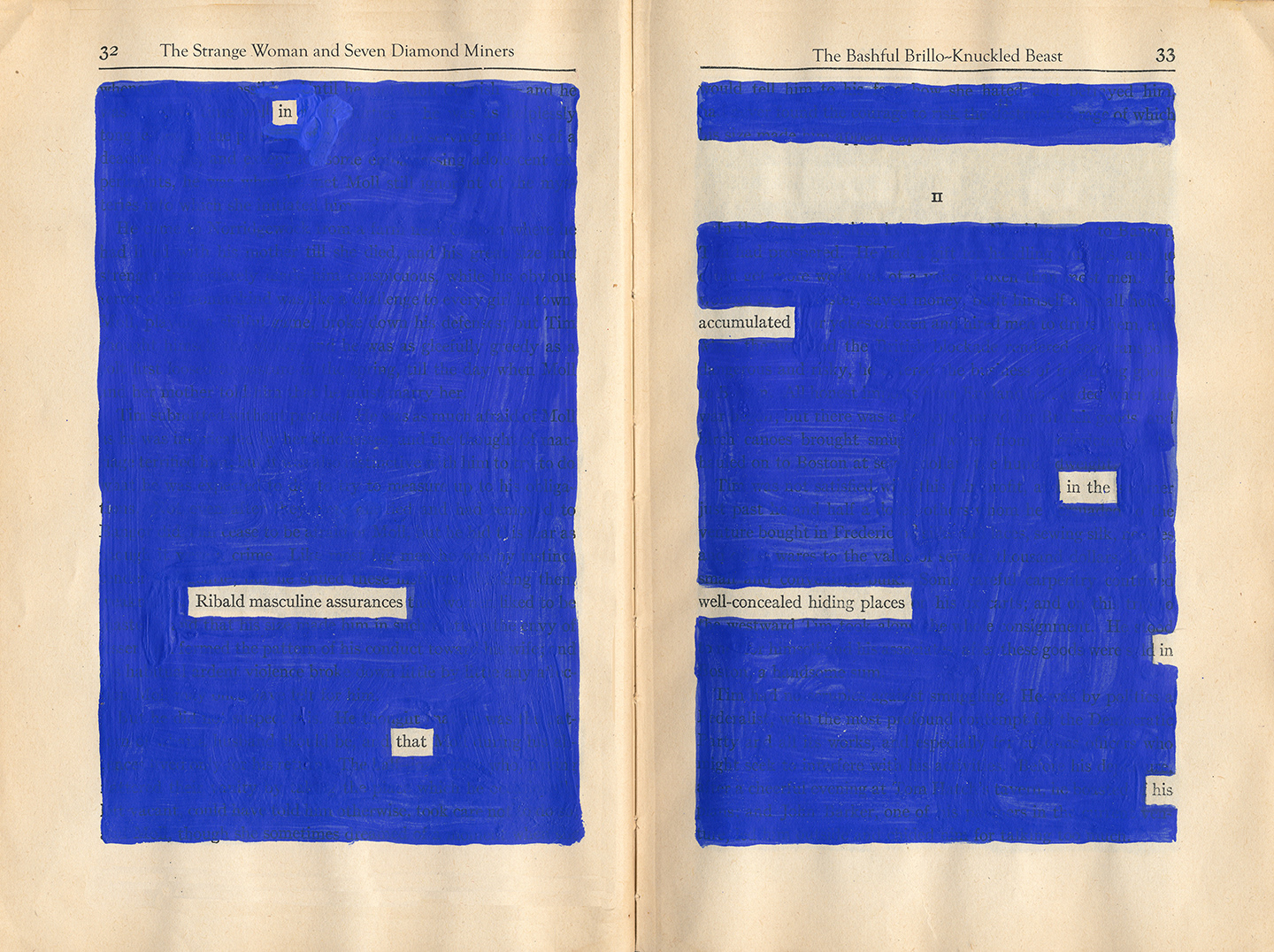 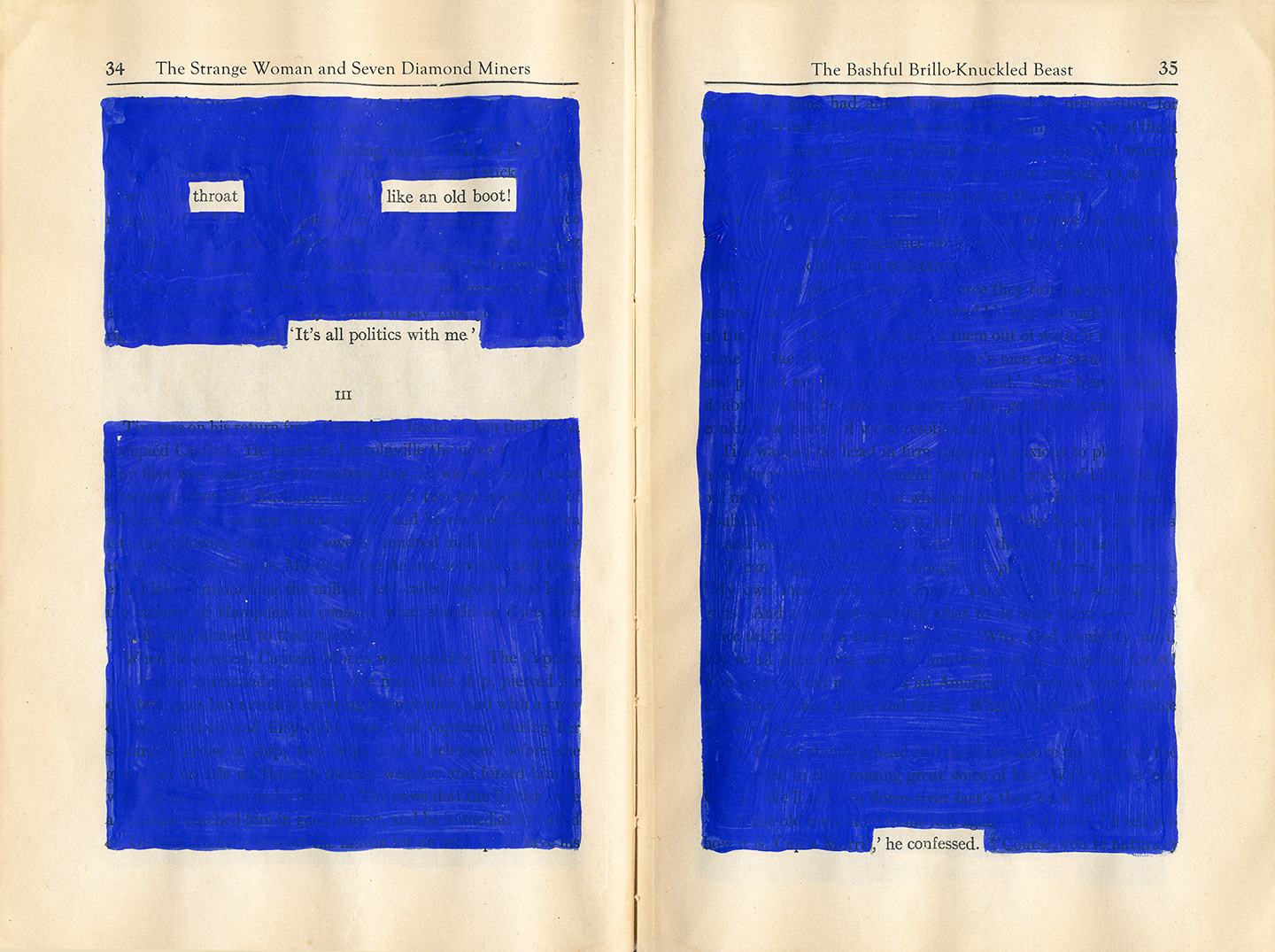 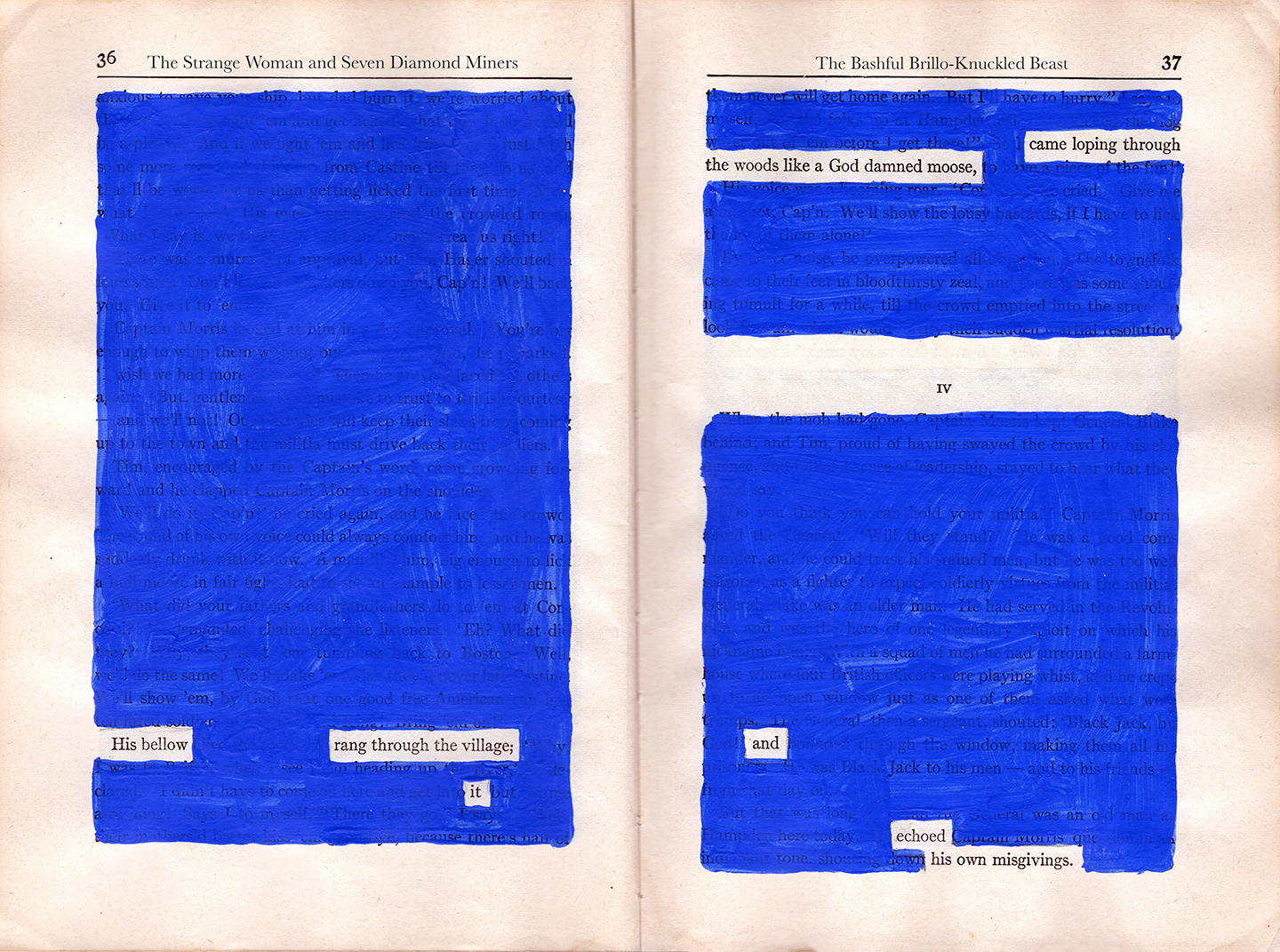 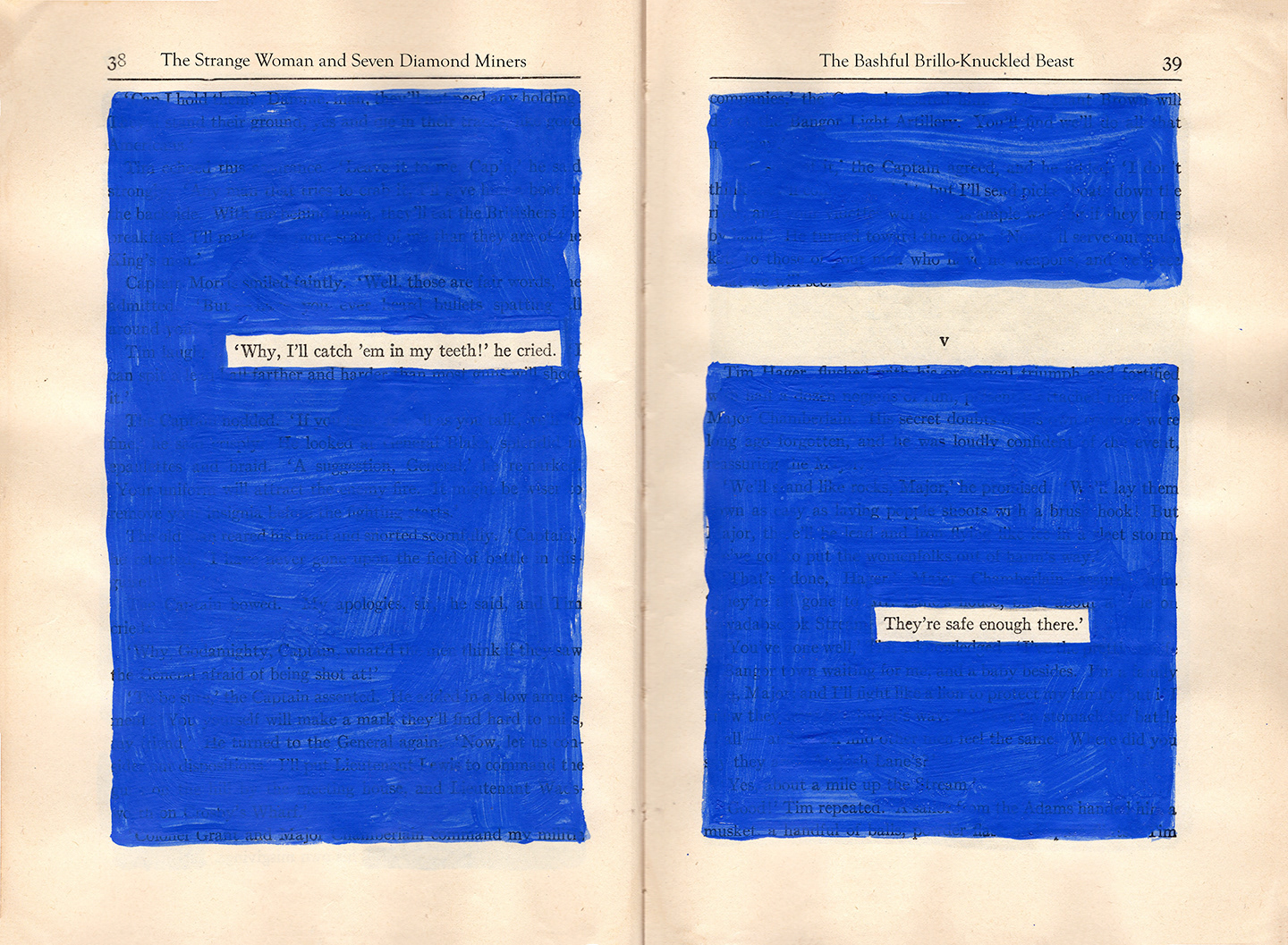 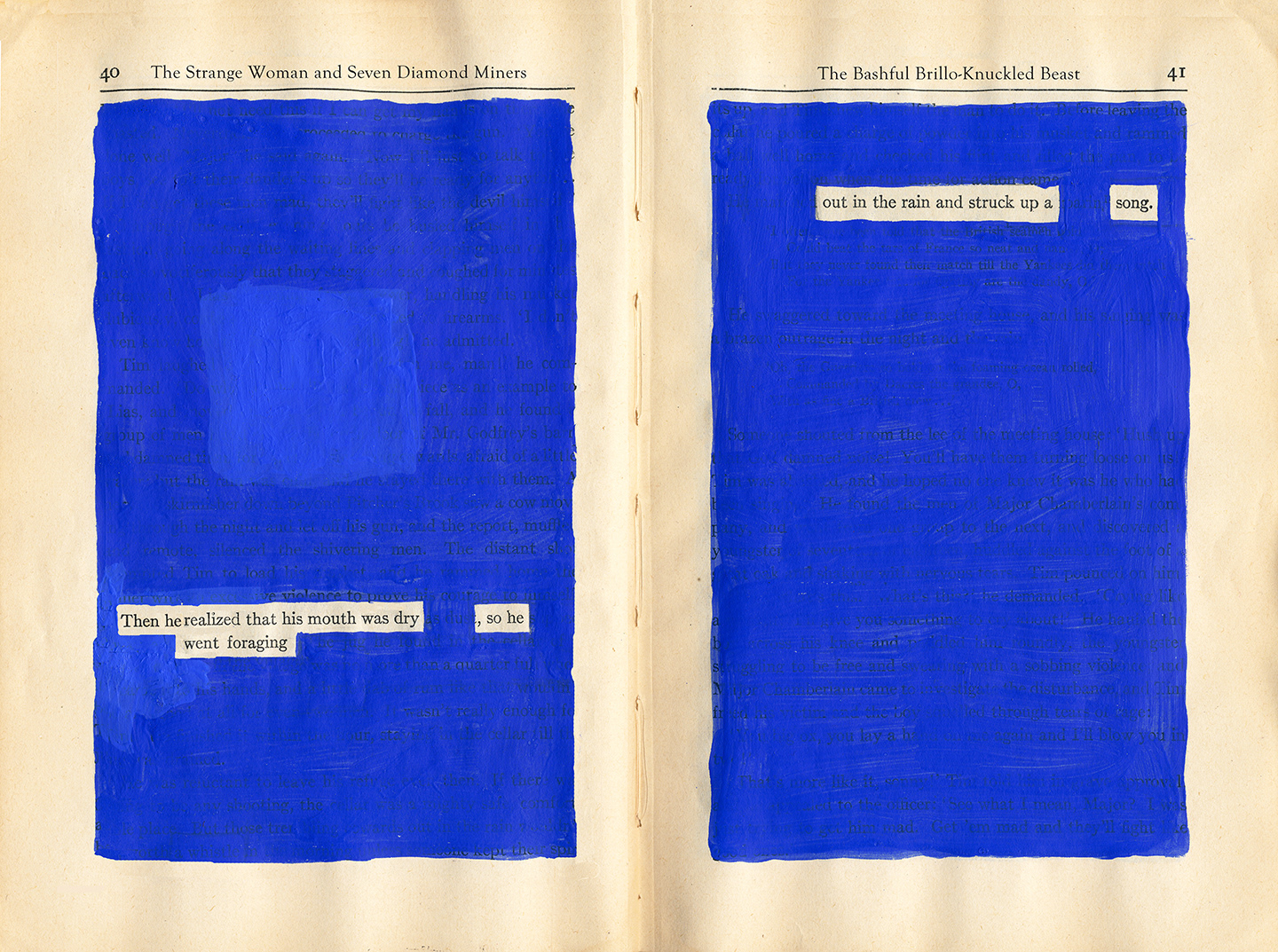 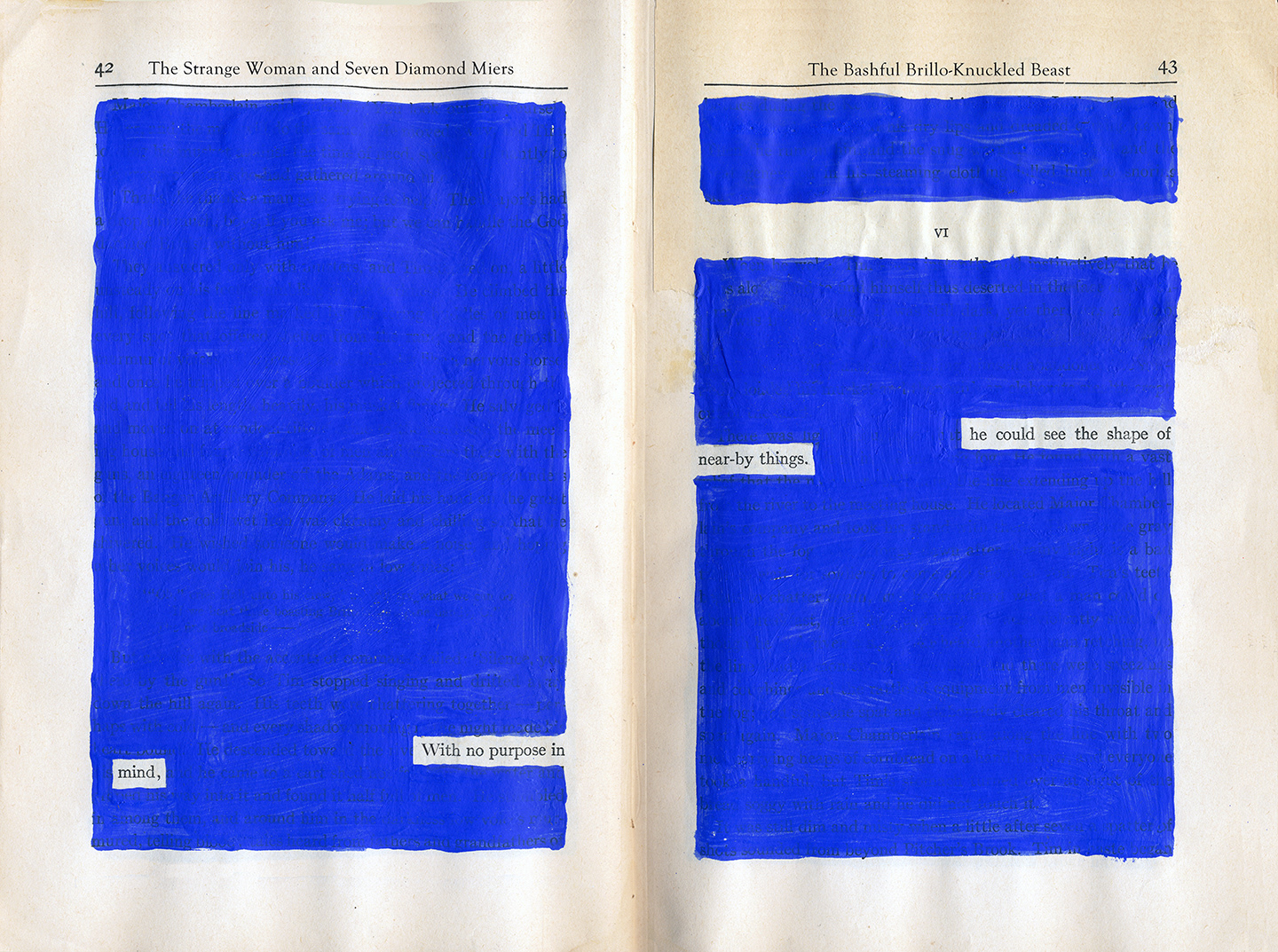 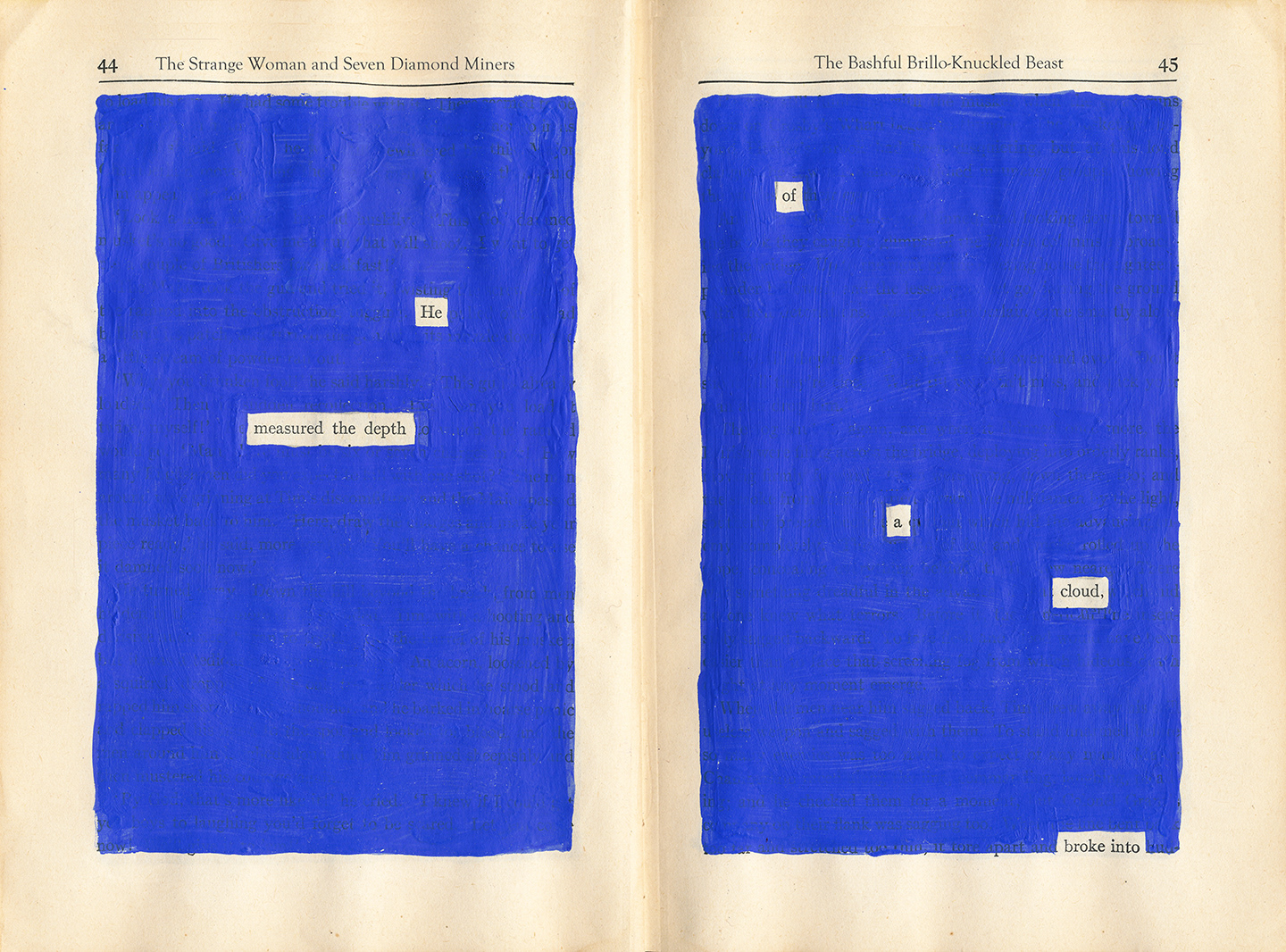 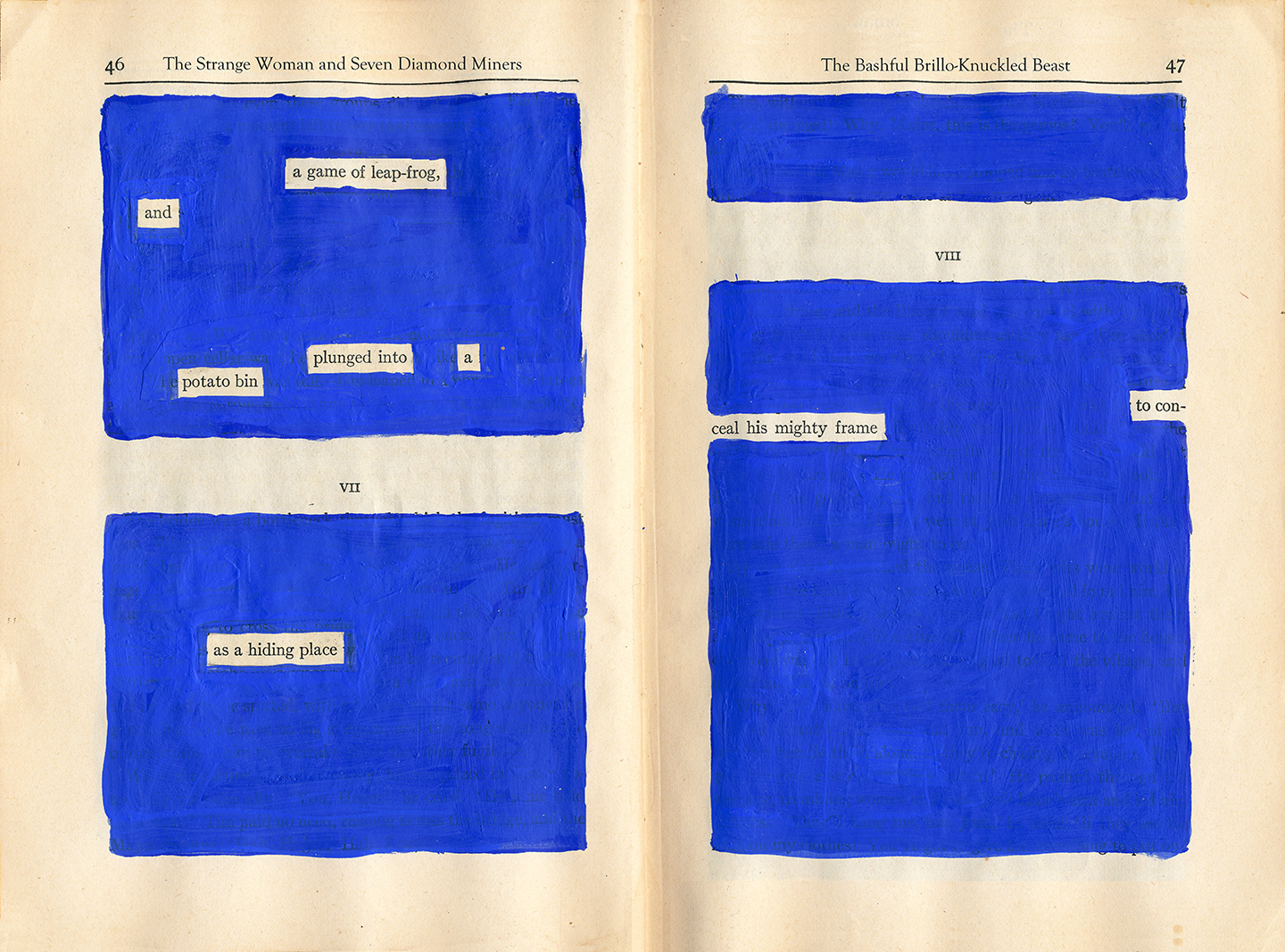 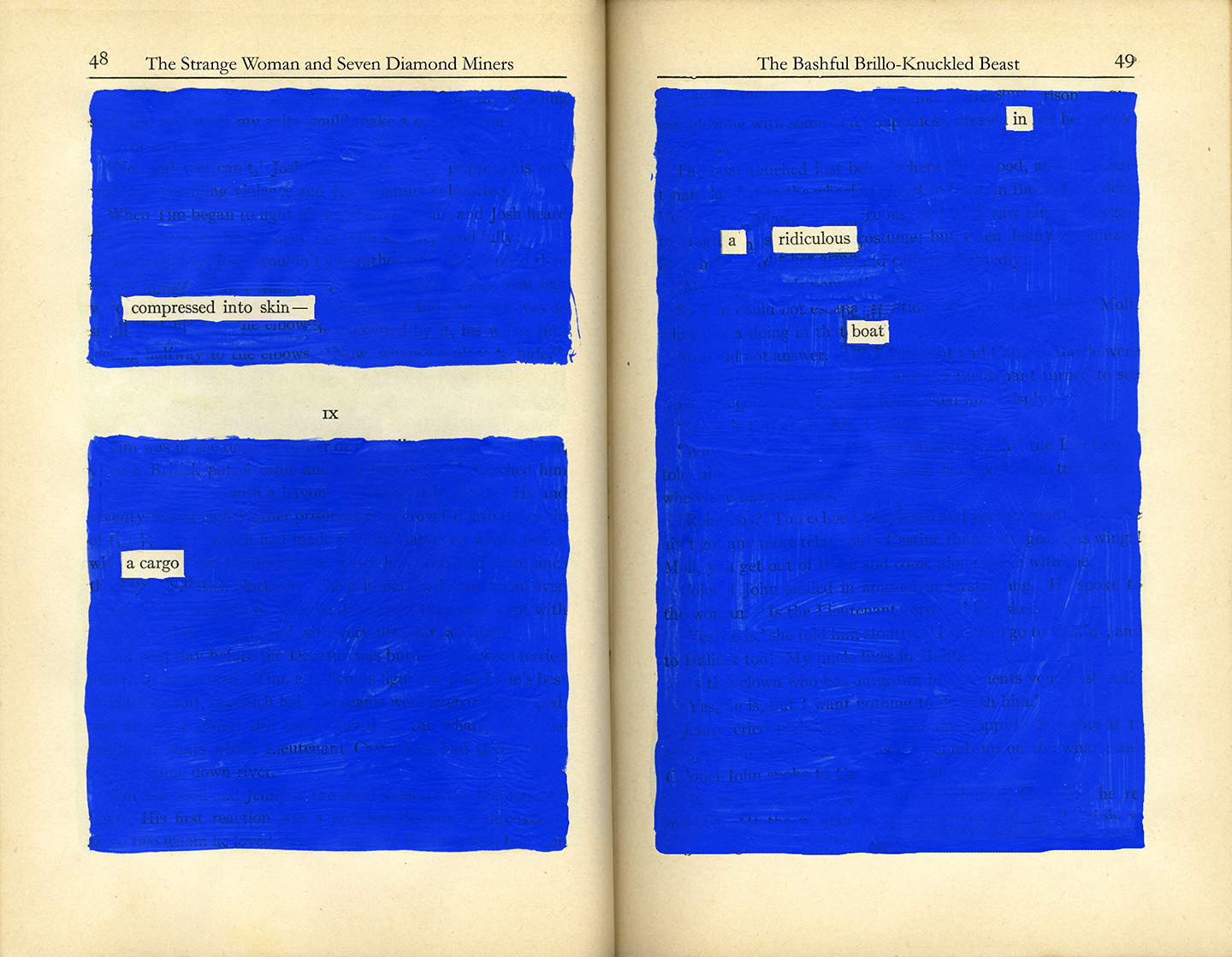 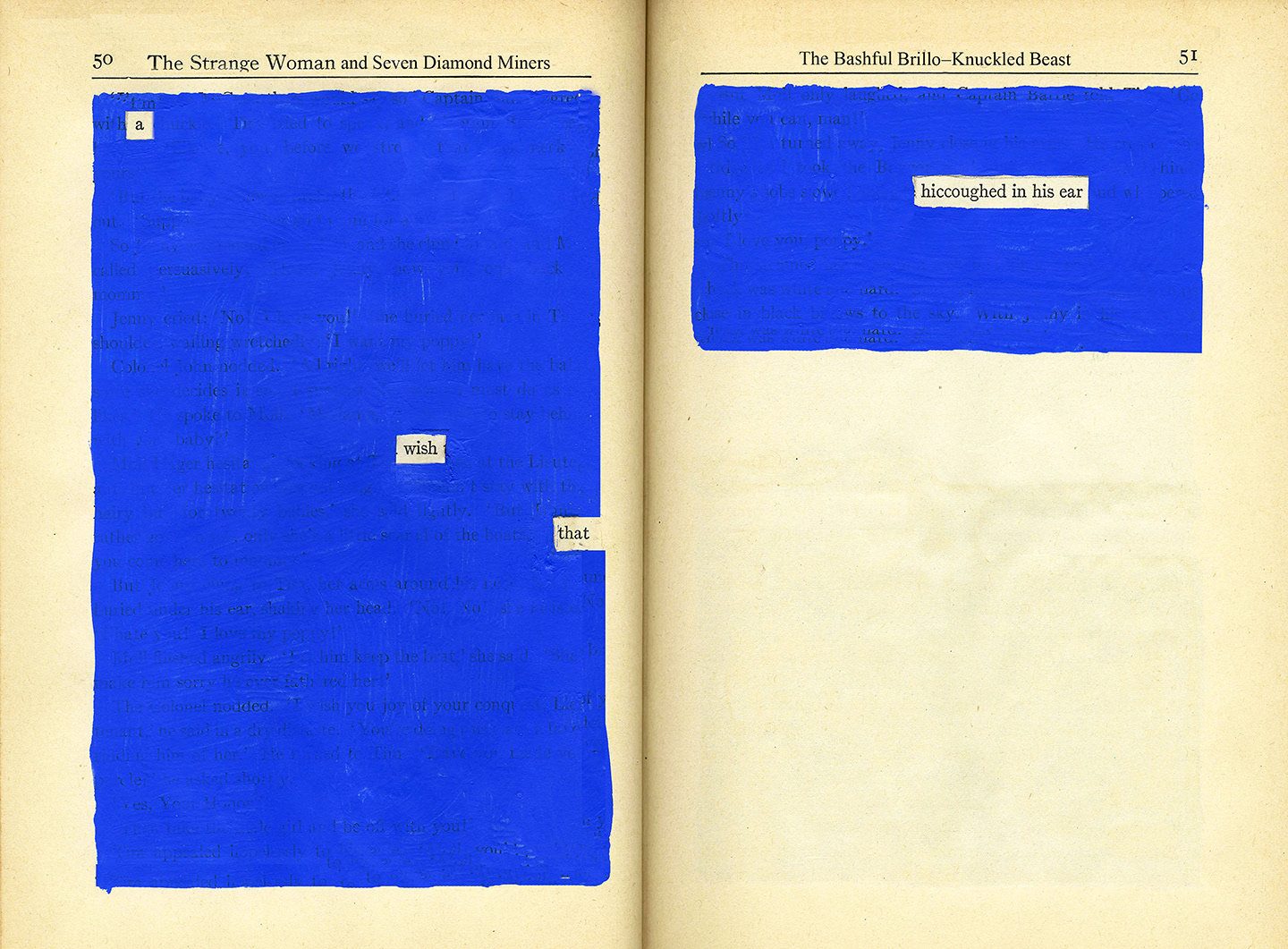 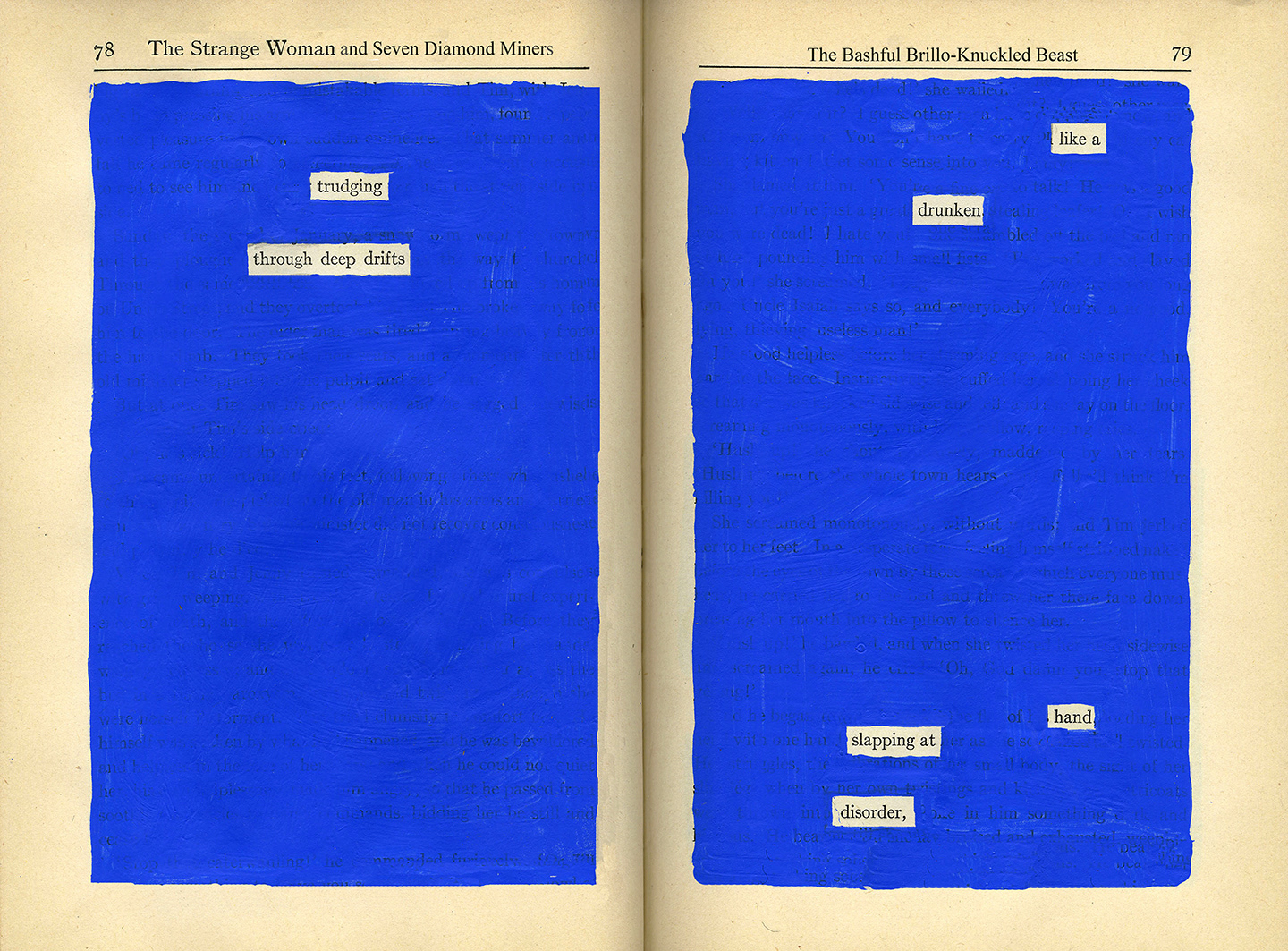 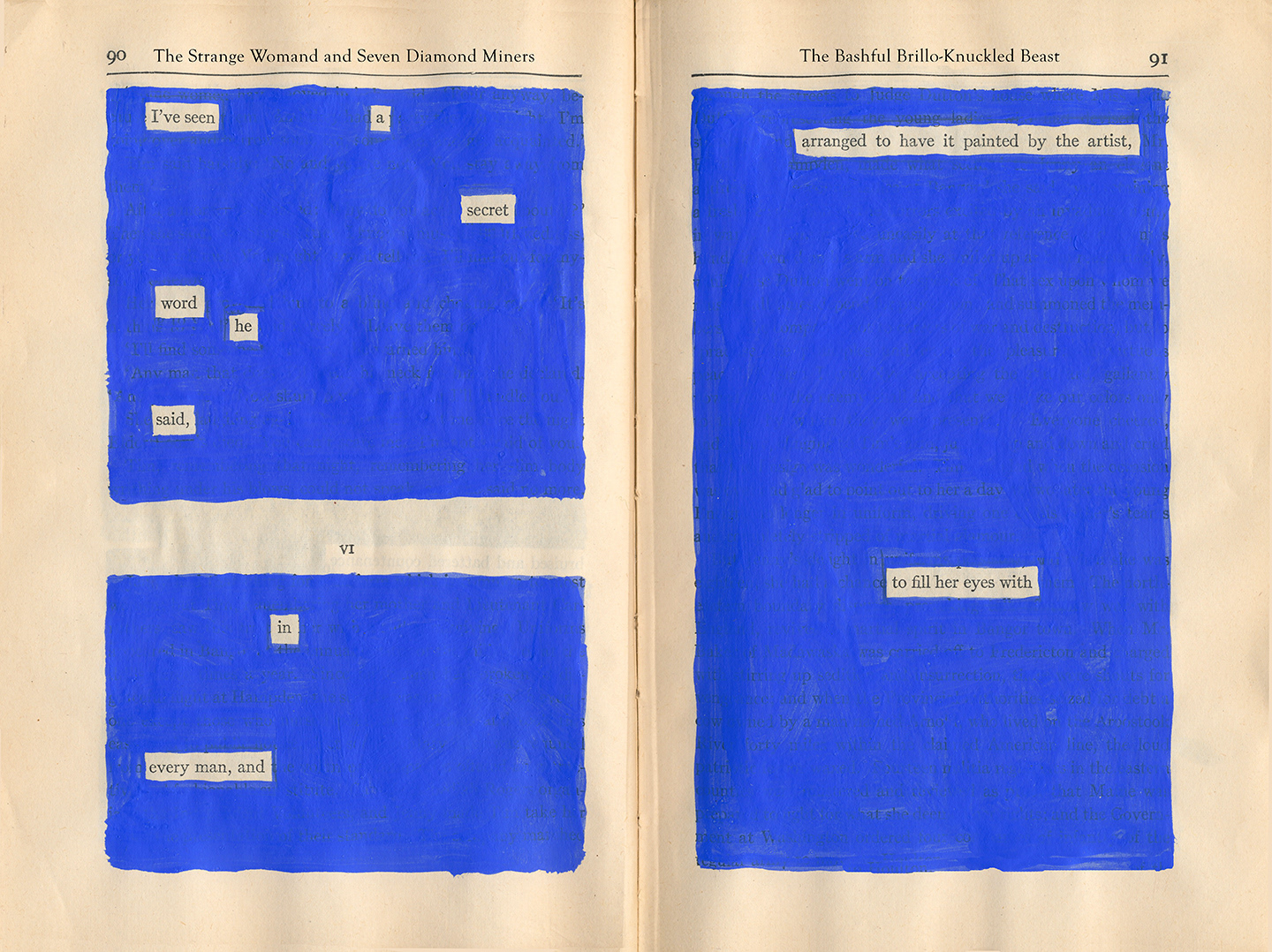 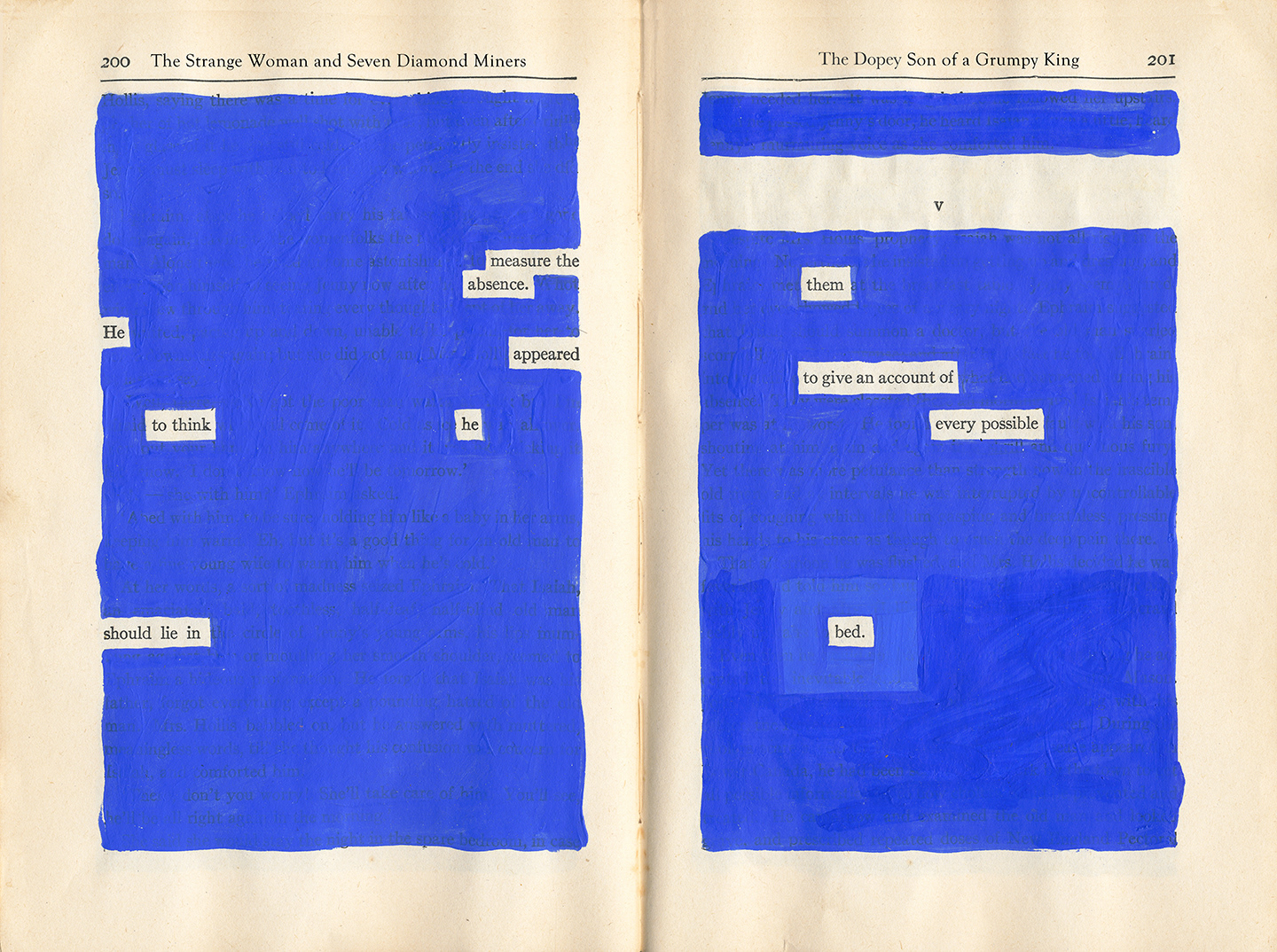 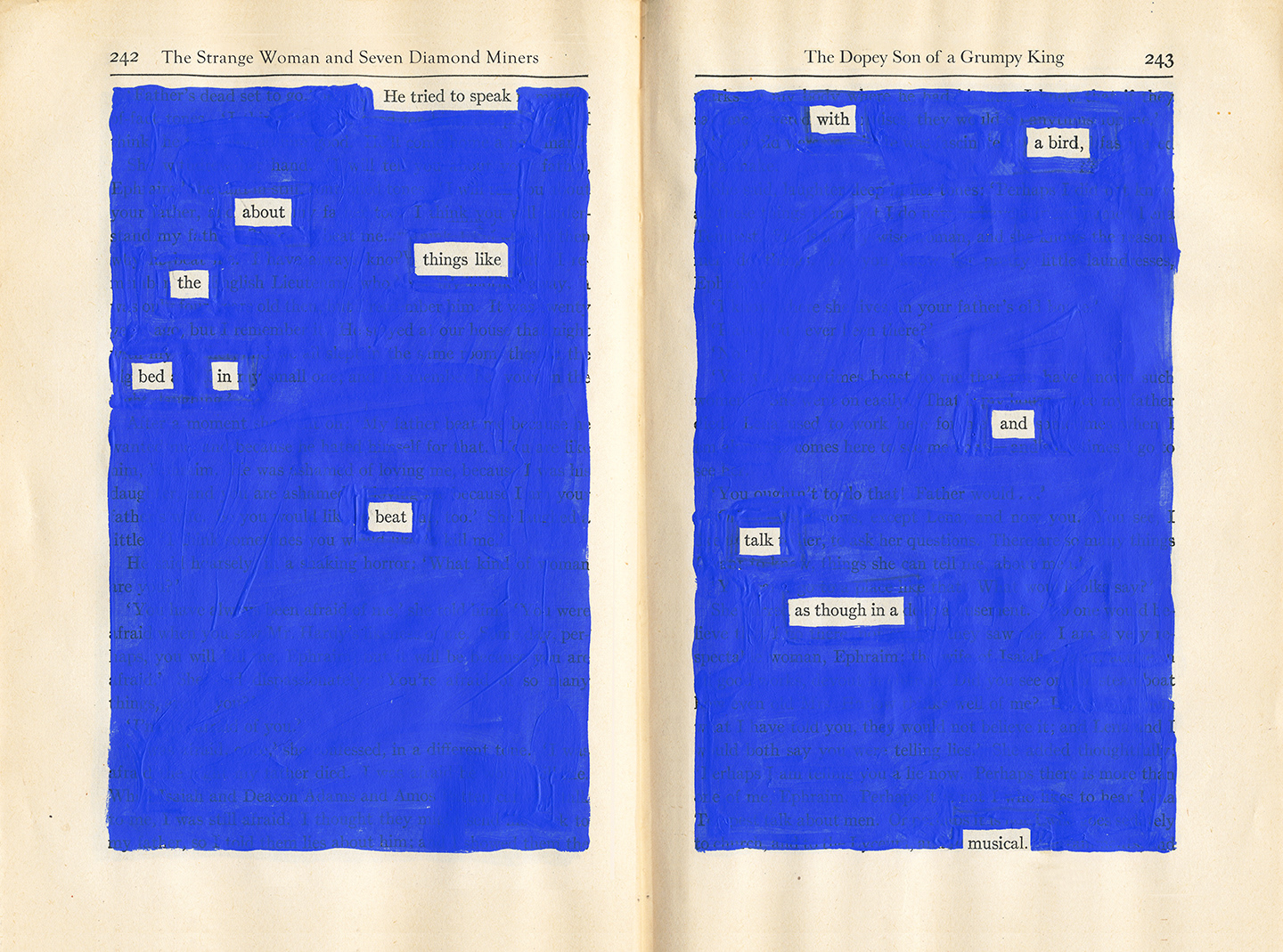 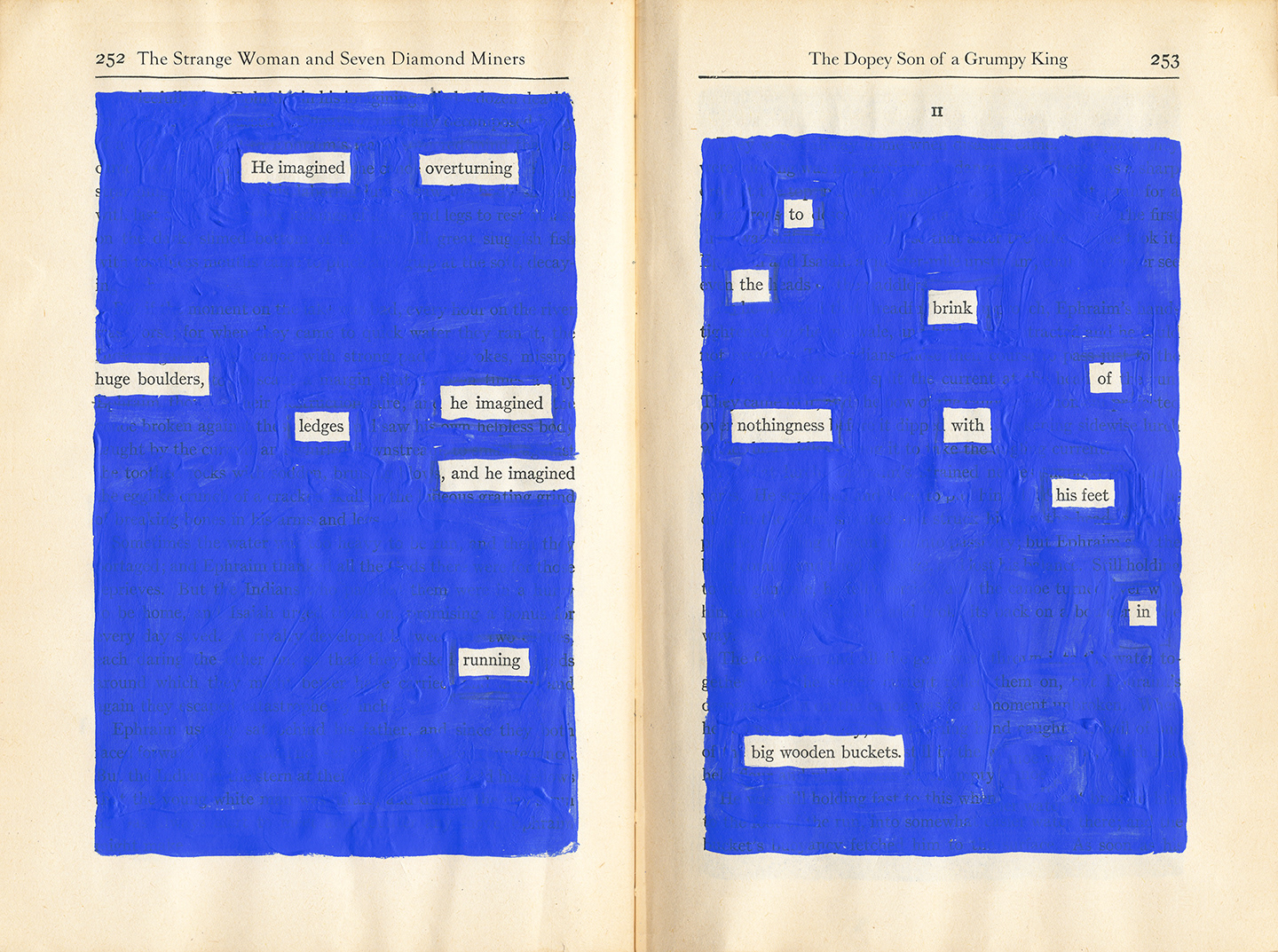 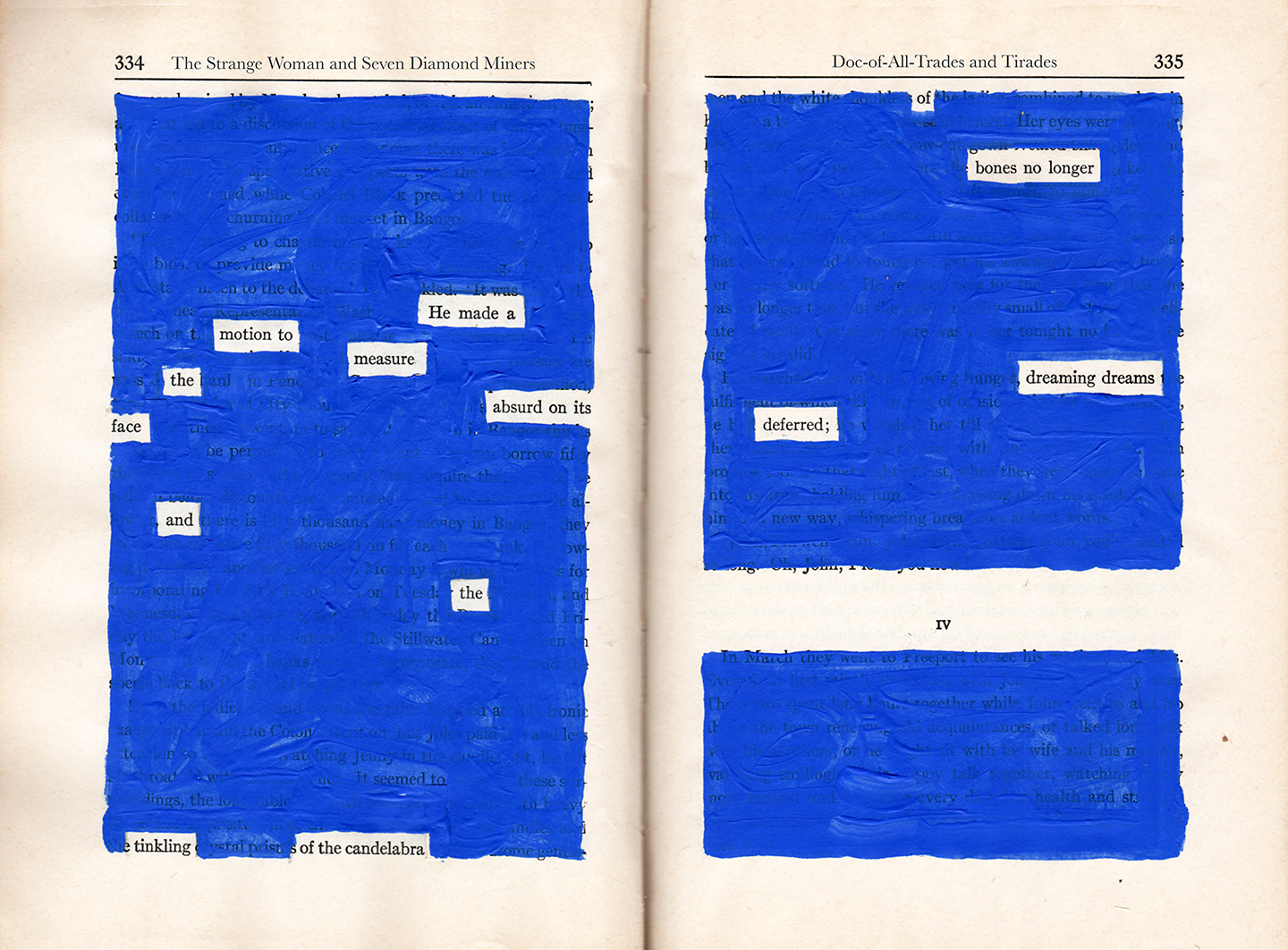 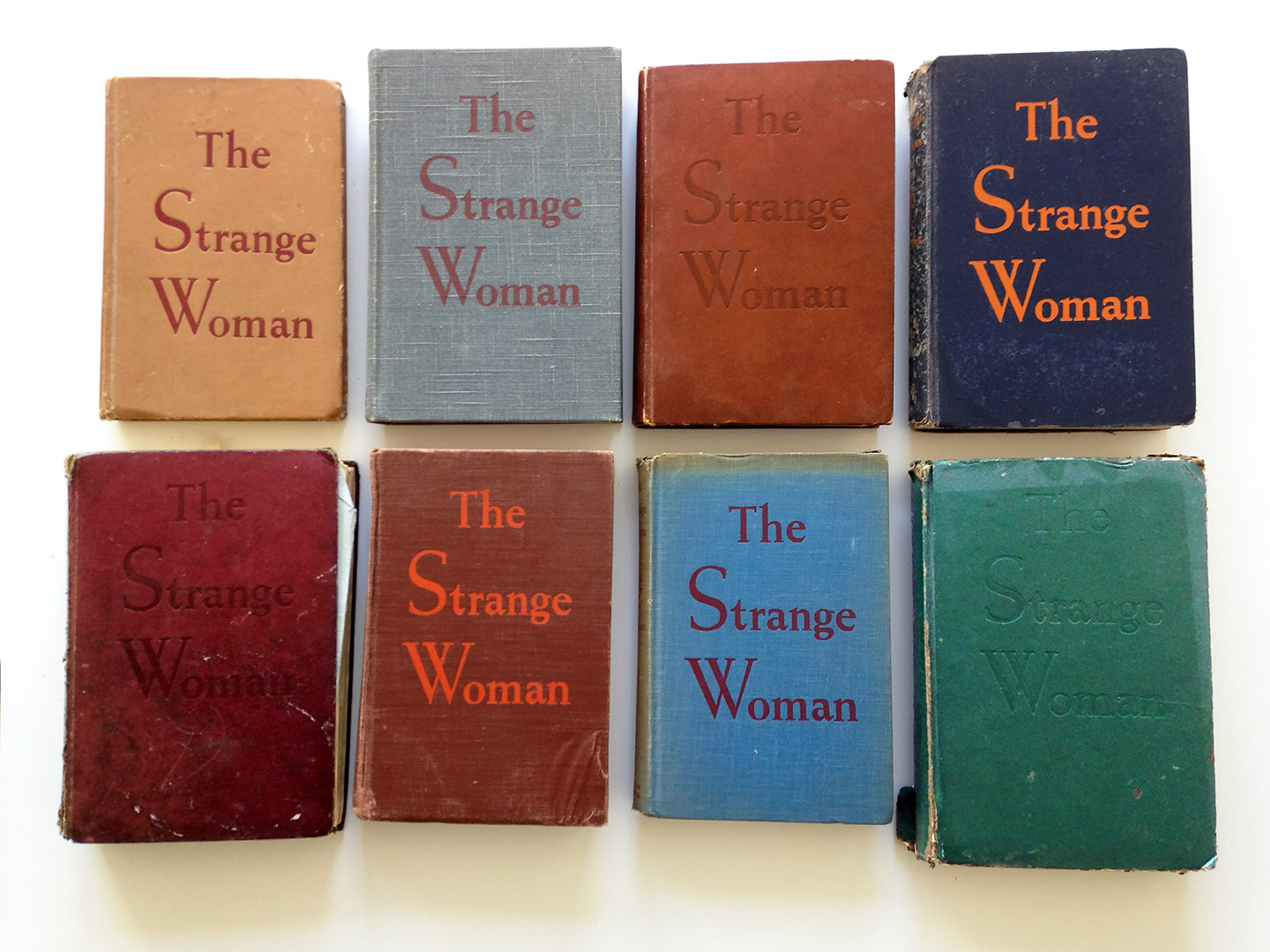 The Strange Woman & Seven Diamonds Miners is a 684-page erasure of The Strange Woman by Ben Ames Williams. Williams' strange woman is revealed to the reader through the stories of seven men, and each man is given a section of the book. In my revision each becomes a stand-in for one of the seven dwarfs from  Snow White. Mining the realm of pulp romance and fairy tale, the text is reconstructed text as an epic prose poem, and as a palimpsest or abstract rendering of line, paragraph and page. On another level, it's an attempt to find, reclaim, redefine, and/or give voice to the book's object and main protagonist, the strange woman; a voice that has been usurped by or lost within a patriarchal system of values and beliefs embodied in a cult of consumerism. Two rules have been followed thus far in rewriting. The first is to use only the words and letters available on the page. The second is to use the word “bed” whenever it appears in the text.